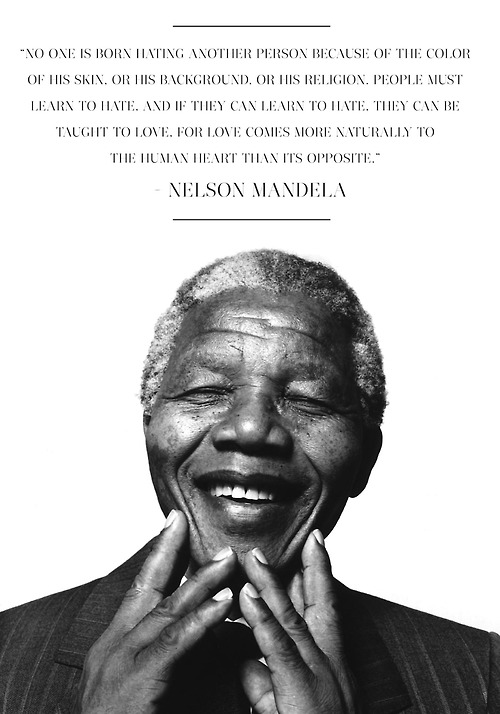 The world has lost one of its finest leaders. Nelson Mandela, the South African anti-apartheid activist who spent 27 years in imprisonment, led his country to democracy, and served as its first elected black president, passed away at the age of 95 on December 5th.

In his long-lived life, the influential human rights advocate was a constant figure of hope and courage, from whom people all over the globe drew inspiration and strength from. He was a noble and kind soul who devoted his life to helping others, showing us what it means to be not only a leader, but a good human being.

I will always remember Nelson Mandela as a fighter of equality, a leader of love, and a hero of humanity. As we engage in our month of giving, we can continue to honour his legacy by carrying on his vision of peace – by standing up and taking action in the fight for the world Mandela dreamed of – a world with freedom and human rights for all.

As Free The Children founder, Craig Kielburger says in his tribute: “Mandela once told us his secret of leadership was, like a shepherd, to lead his flock from behind. He has shown all of us the path to a better world—it is our duty now to follow it.”

Here is a compilation of quotations from the thoughtful, wise, and compassionate Mandela:

“No one is born hating another person because of the color of his skin, or his background, or his religion. People must learn to hate, and if they can learn to hate, they can be taught to love, for love comes more naturally to the human heart than its opposite.”

“As we let our own light shine, we unconsciously give other people permission to do the same.”

“To be free is not merely to cast off one’s chains, but to live in a way that respects and enhances the freedom of others.”

“It always seems impossible until it is done.”

“Education is the most powerful weapon we can use to change the world.”

“After climbing a great hill, one only finds that there are many more hills to climb.”

“I learned that courage was not the absence of fear, but the triumph over it. The brave man is not he who does not feel afraid, but he who conquers that fear.”

“The greatest glory in living lies not in never falling, but in rising every time we fall.”

“A good head and a good heart are always a formidable combination.”

“We must use time wisely and forever realize that the time is always ripe to do right.”

“Man’s goodness is a flame that can be hidden but never extinguished.”

“Sometimes it falls upon a generation to be great. You can be that great generation. Let your greatness blossom.”